We currently offer lessons for adults on Wollaton Park in either Mantis or Tai Chi for 5 people with distancing in place. Just message us to reserve a place and for details 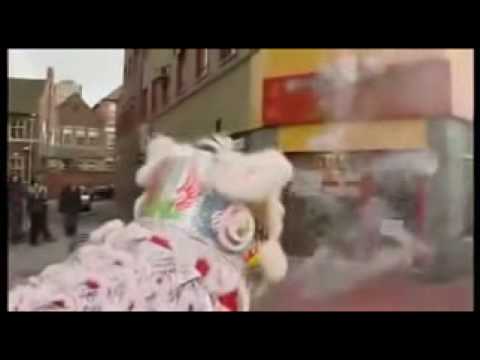 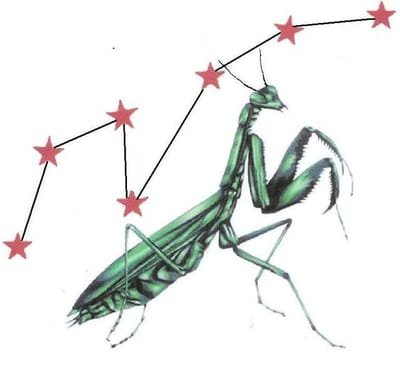 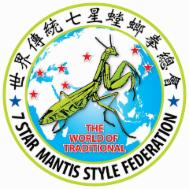 Nottingham Kung Fu and Lion Dance have been teaching & promoting traditional Chinese Martial Arts and Lion Dance for over 25 years and is the Nottingham branch of the International Taijiquan & Shaolin Wushu Association
All classes are taught by sifu Andy Riley who is Ninth Generation Successor Closed Door Disciple of Master Derek Frearson (ITSWA President) in Seven Star Praying Mantis Kung Fu
Sifu Riley still trains with his teacher regularly as well as his sigung Grand Master Lee Kam Wing when possible
All classes are suitable for beginners and advanced students, with Thursday beginners classes suitable for youngsters from 14 years of age with no upper age limit
For information regarding classes or to book a Lion Dance please contact, andyronline@gmail.com or contact 07737705464

Make that change and JOIN US TODAY. Classes tailored to suit each person, all you need to do is get in touch!

Classes On Offer For All Ages

Join anytime. You can use the PayPal option to take advantage of our monthly offer.

Just scroll down to events section below for more details - Private lessons also available, e mail to arrange at abdyronline@gmail.com

We are a school in Nottingham UK teaching traditional Seven Star Praying Mantis Kung Fu as taught by Grand Master Lee Kam Wing Our style is suitable for all ages, different shapes and sizes, and does not rely on brute strength and flexibility, this makes it highly effective for self defence and personal protection. All classes are open to beginners from age 16 with dedicated beginners classes running weekly. Thursdays - 7.30pm - 9pm, Mellish Centre, Bulwell, beginners welcome, all ages Our new adults class Starts when leisure centres reopen at Manor Sports & Racquets, Manners Road Ilkeston LOOK OUT FOR DETALS HERE OR E MAIL ME FOR DETAILS

Here at Nottingham we have a strong lion dance team who perform both here in Nottingham as well as throughout the Uk PLEASE SEE THE GALLERY PICS OF OUR TEAM AND PERFORMANCES We can provide a performance for your occasion whatever it is with our quality lions. The team are all experienced performers, and perform in professional uniform to add that special look and feel For further enquiries or to book a performance please see contact details Please enquire early in the first instance as we perform all year round with our busiest time being Chinese New Year

See us perform at various events throughout Nottingham at this busy time of the year. 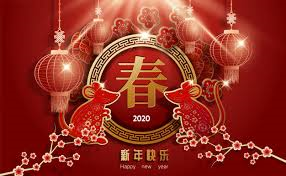 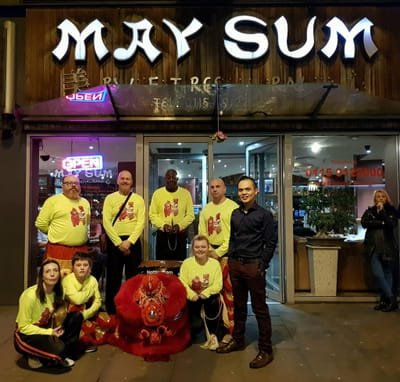 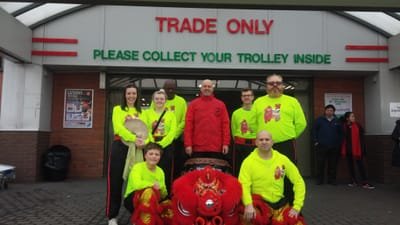 For Chinese people the lion is a holy animal. That is why lion play an important part in Chinese mythology. In China lions and people can be friends. An old Chinese story tells about a lion, lion dances and New Year
A long time ago a strange creature appeared in China and horrified and ate men and animals. The fast and fierce creature was called 'nien' (or 'nian'), which sounds like the Chinese word for 'year'. Neither the fox nor the tiger could fight the 'nien' effectively and in despair the people asked the lion for help. The lion shook his mane, rushed towards the creature and wounded it. The nien hurried away with the tail between its legs. But it announced to return for taking revenge. A year later the nien did return. This time the lion couldn't help the people. He was too busy with guarding the emperor's gate. So the villagers decided to do the job themselves. Out of bamboo and cloth they produced an image of the lion. Two men crawled inside it and approached the nien. The 'lion' pranced and roared and the monster fled away again. This is the reason why on the eve of the Chinese New Year, lions always dance. They are frightening evil away for yet another year

The lion dance is an important tradition in China. Usually the dance is part of festivities like Chinese New Year, the openings of restaurants and weddings. If well-performed, the lion dance is believed to bring luck and happiness

Although lions are not native in China, they came to this country via the famous Silk Road. Rulers in what is today Iran and Afghanistan sent lions to Chinese emperors as gifts in order to get the right to trade with Silk Road merchants. The lion dance dates back to the Han Dynasty (205 B.C. to 220 A.D in China) and during the Tang Dynasty (716-907 A.D.) it was at its peak. It was particularly performed during religious festivals. The lion dance was not only introduced in China, but also in Korea and Taiwan, where lions are not native as well. The dances are not exactly the same in these countries, but the symbolism is quite similar 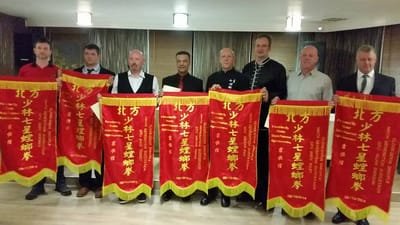 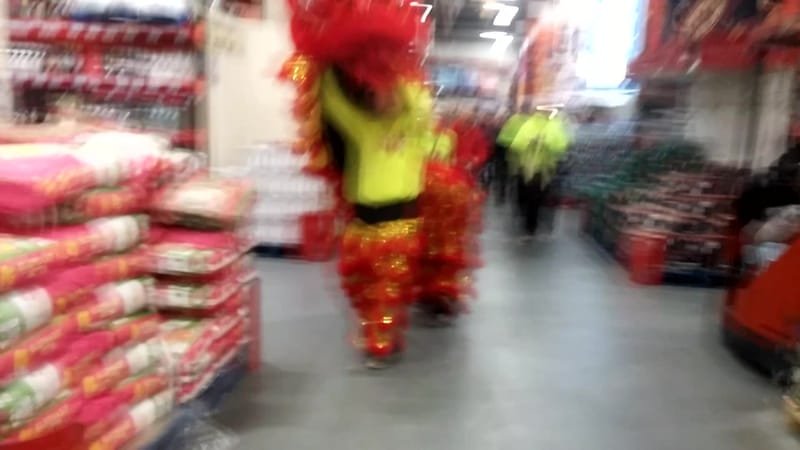 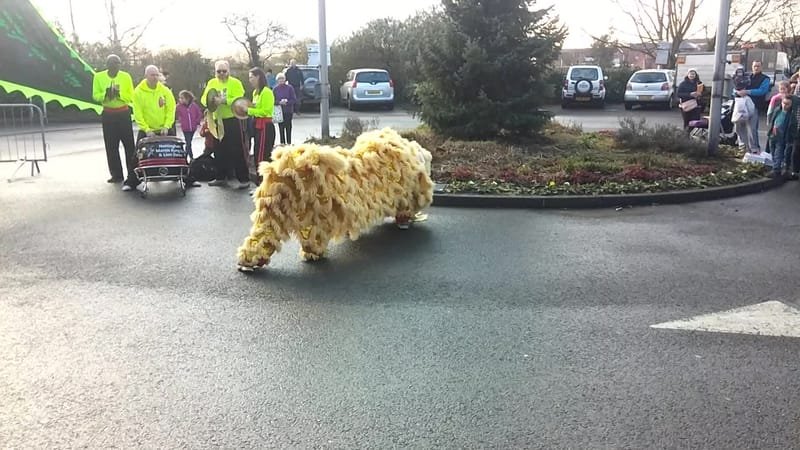 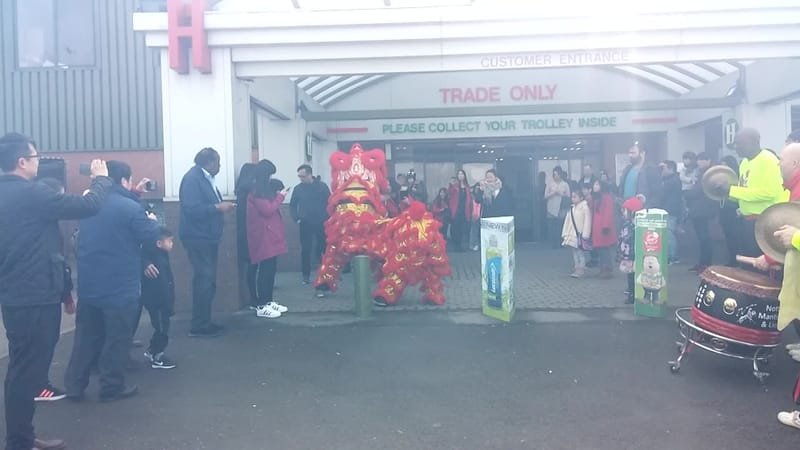 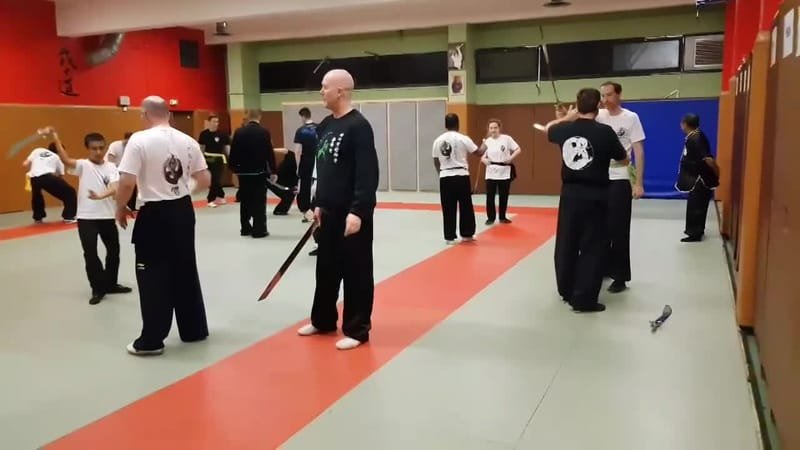 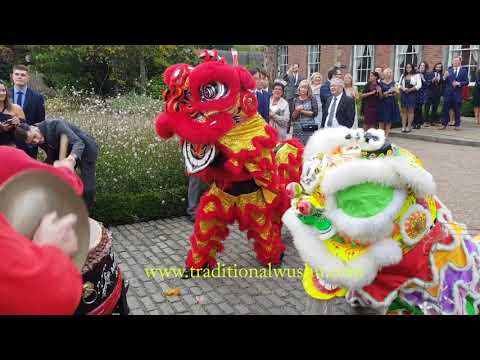 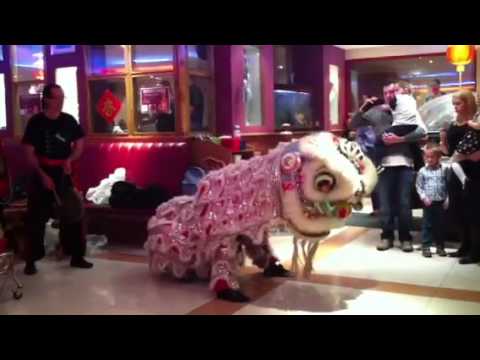 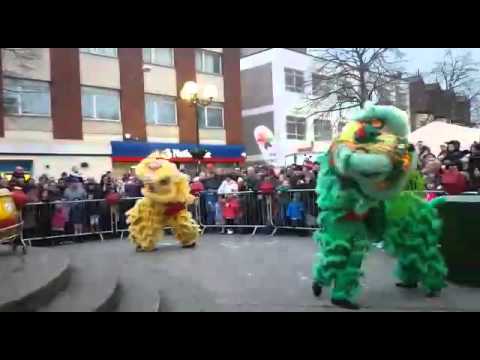 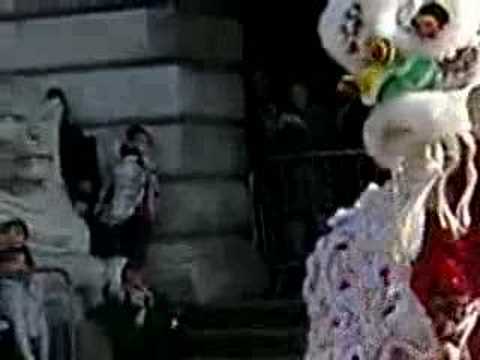 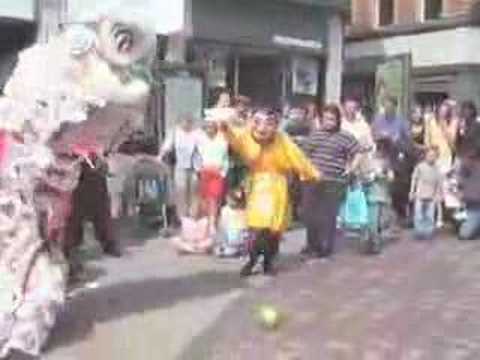 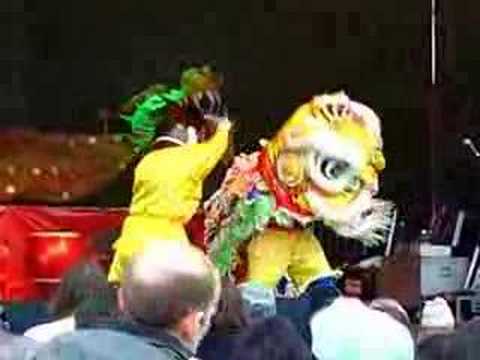 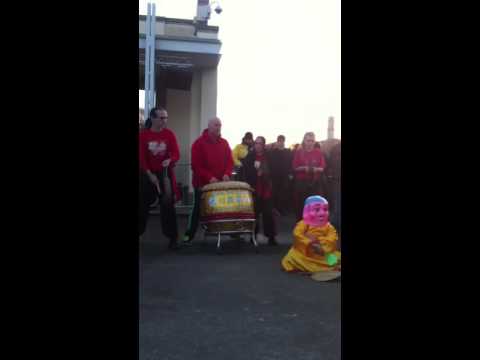 With the Dai To Fut, Big Headed Buddha 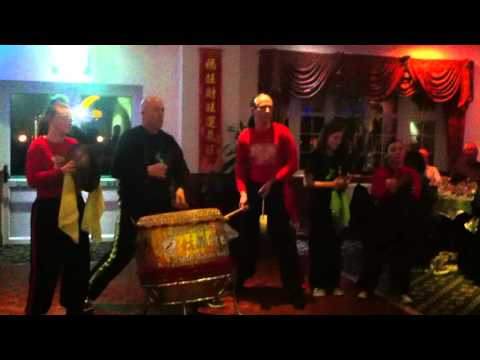 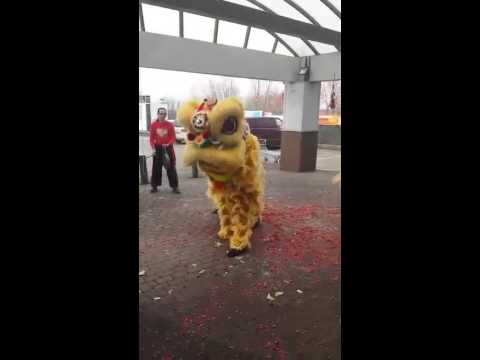 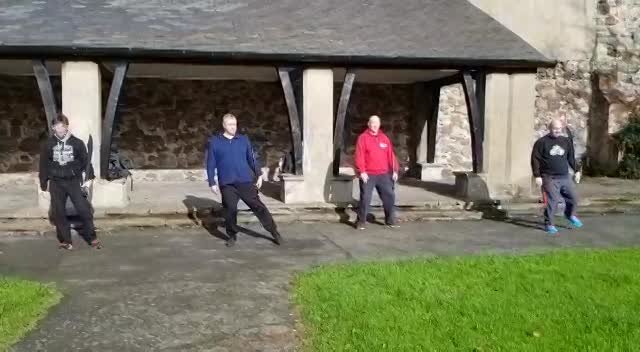 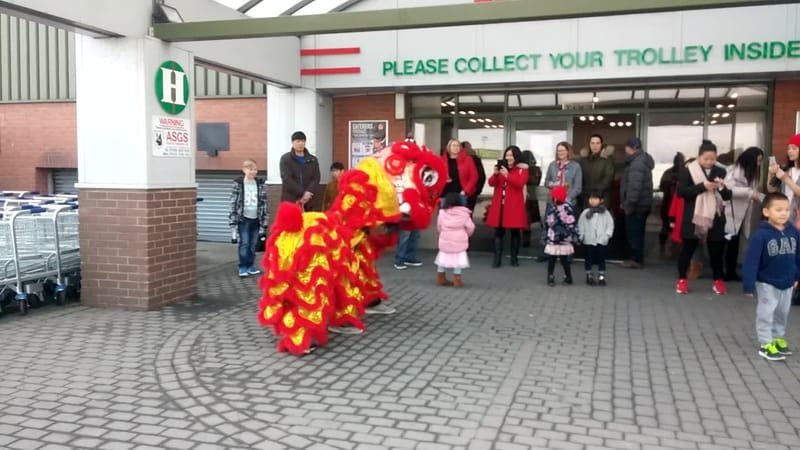 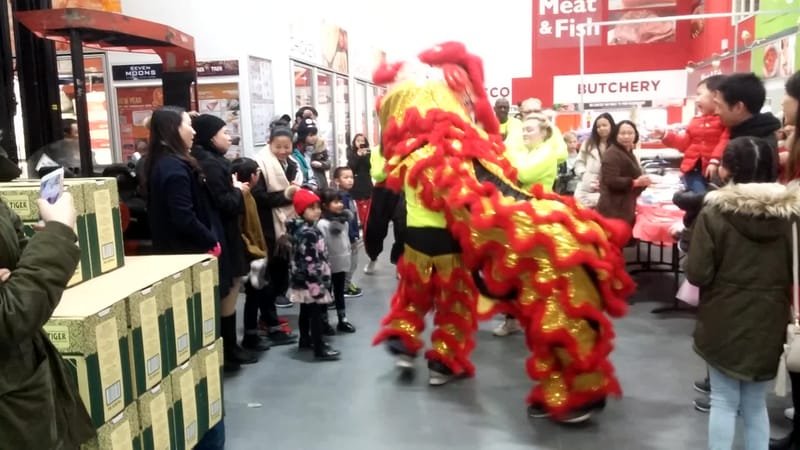 You can now book online and save on tuition fees on our current offer! All you pay is £20 per month for up to 3 classes per week for 3 months from time of booking, a saving of £20. Just e mail us your name and use the PayPal option to pay. 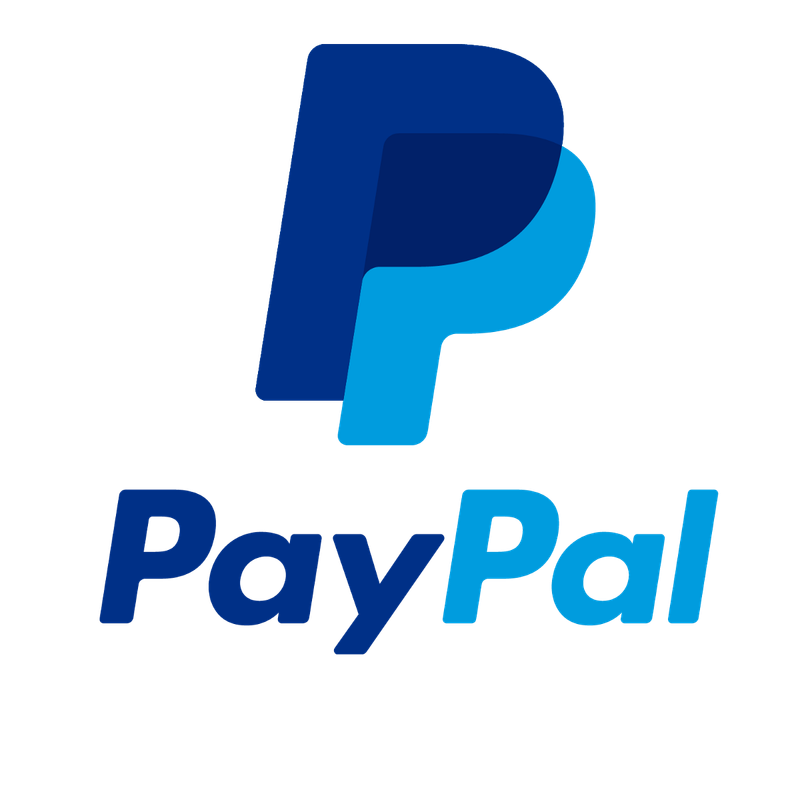